In this Lego Batman Stop Motion film. The bad Scarecrow build in front of the police station an helicopter 🚁. Everybody is thinking that he is leaving the police station bud when they look better, discover a bomb in front of the door. The good policeman is going to the machine in order to disarm the bomb, oh no! it's a trick! the machine exploited and appears a real gas bomb! The police is knocked out and the venom bomb is going to exploit. Batman, help us please! you must save the city of the scarecrow artifact. Batman is coming and save in the last second the police with a hard kick to the bomb and bring the policeman to the hospital


thanks another time Batman

Hi, a new edge is comming. If you want more photos of lego's. Here You are! Today we post a photo of combat robot of Star Wars, B1 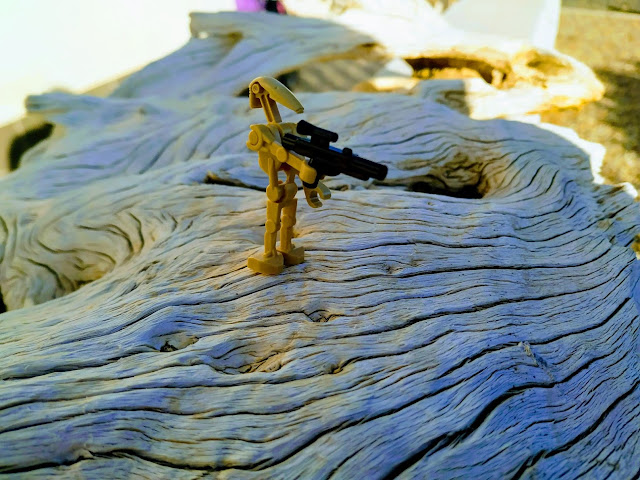